This season of HBO’s “Big Little Lies” has left me feeling a little cold (and not in that Monterey fog kind of sit on your deck with a glass of wine cold). The first season held such beautiful imagery and mystique of a No Cal beach community. Paired with the amazing soundtrack, I, like every other fan, was hooked and was excited for this season. Meh. But every Sunday, I still tuned in. 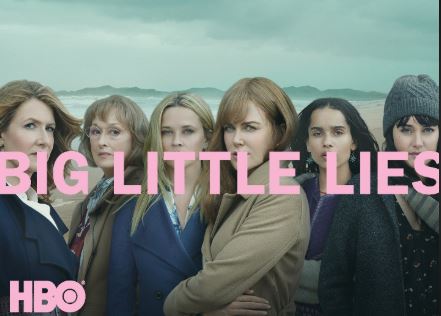 I was tepid about tonight’s finale. That’s only because I had such high expectations for it. I am not a believer in keeping expectations low and you won’t be disappointed, though I understand that line of reasoning works.

I am more of a “let’s aim for the moon and land among the stars” kinda gal.

A long work week for both Shaka and me, made us exhausted and ready for Friday evening in the biggest way. That isn’t to say it was a bad week. It was just very long.

Heading into this weekend, though, I realize, my expectations were high. I had big plans…HUGE PLANS! But I detest Sundayitis when the realization hits that all wasn’t accomplished before you begin a new work week.

But I am ahead of myself.

Every Friday, my department at work begins the weekend off with a bar. I haven’t gone in some time, but was happy to join in last Friday. We even secured a little turntable and were ready to play some cool vinyl that has been inherited or procured by Sutton, my cool co-worker whose stories are really cinematic and true!

It was a great way to make my way to Shaka. After a little deliberation of where to go for dinner (how come you have so many ideas of where to eat until the moment it’s time to eat?), we headed to Hugos (https://www.yelp.com/biz/hugos-studio-city-4). I hadn’t been there in awhile and it was delicious!

Saturday morning, while getting ready for a friend’s epic bday celebration at their newly renovated house, I began watching some season 4 Queer Eye. 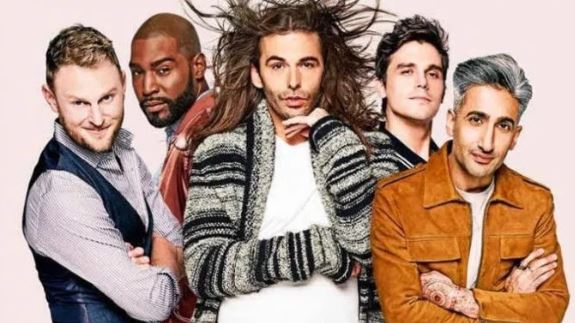 I was in it for every emotional heart tug. I love those guys. Jonathan’s comments give me life!!!! I wish I showed some restraint to savor and not binge, but I know who I am. And well…by the end of the weekend, I am finished.

Then we headed to our friend’s pool party. The house is amazing! And there were kids everywhere. The last time we went to their house for a party, the house was a quarter of the size and many of the children weren’t even born. It was so much fun seeing Coll and Roo! And then Mads and (and correction here…her husband wanted to be called Sugar Tush 8 and not Sweet Tush 45. So his new moniker is “ST8”) ST8 arrived and we savored the tacos being served and marveled at the spaciousness of the house.

In the evening, Shaka and I saw Awkwafina’s new film, “The Farewell.” 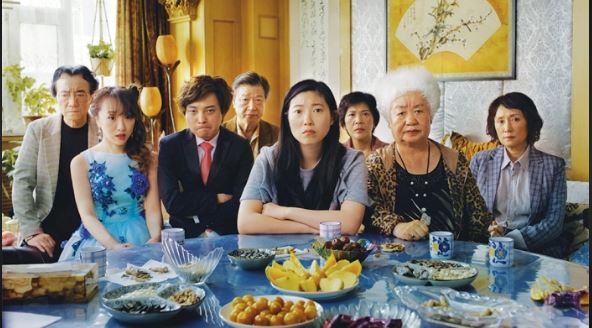 I really enjoyed it. I am still processing parts of it and will most likely discuss with my walking partner, Zam tomorrow.

My dreams were filled with Queer Eye moments mixed with The Farewell. I am sooooo on the nose sometimes. Even in slumber.

Today, was pretty chill. Shaka has been re-recording the first song he ever wrote and getting it just right, so it’s on repeat in the background. Even when it’s not playing, it’s STILL in my head. It’s really good! I can’t wait to share it here once it’s finished.

After running a few errands, I came home to Shaka sauteeing mushrooms in garlic and onions and it smelled heavenly. Even though I had been milquetoast on the BLL season, I was still invested and ready to watch. The vibe of wanting to drink a glass of wine, while watching the waves as the weather turns moody was alive in me. Though, the weather at the moment, is hot hot hot and there are no waves nearby, I decided to open one of Moondoggie’s wines.

Sipping this delicious vino, eating good pasta with my honey, I was in the right head space to watch Nicole Kidman go head to head with Meryl. And you know what? I LOVED that finale!!!! Loved it! And I don’t think it was the wine mellowing me into saying that. It checked all the boxes for me of mostly what I loved about the first season. Was there a lot unanswered? Sure. But that last song with the montage of the last few minutes got me in my heart meat. And was there for it!

As I clinked my second glass with Shaka, I had to admit, I had met my expectations for this weekend. And there is no Sundayitis in sight. Only dreams of all I watched, accomplished and wanted mixed with what I hope to see play out this coming week. Clink!